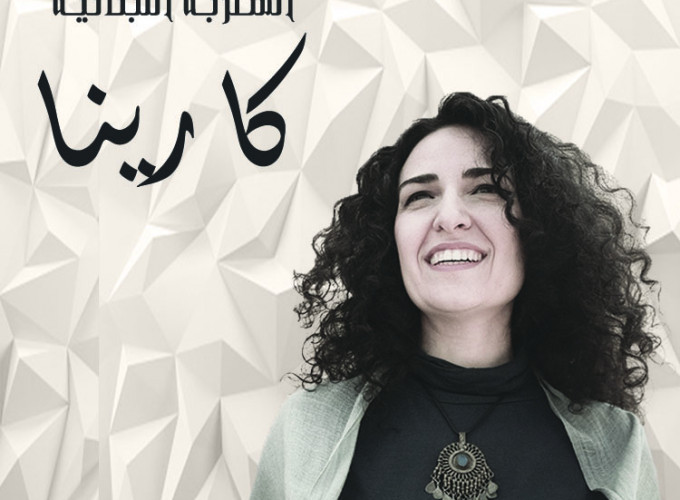 The captivating and mystical performances of Carina transport the audience into a magical universe where the mixture of sweetness, peace and love leaves a mark of deep healing as her listeners say.

Known for her heavenly and angelic voice, Carina is a Lebanese multilingual singer-songwriter of Armenian origin. Poetic and mystical, her melodious style reflects her divine connection resulting from traditions where love is the only religion. Inspired by deep meditations where she receives the music, her musical journey is the main instrument through which she channels her spirituality.

Having studied music since childhood, she is a multi-instrumentalist who continues to develop her voice and musical talent.

In 2019, she self-produced and arranged her debut album Safrit Rishé (A Feather’s Travel) after a successful crowdfunding campaign. The LP was recorded with the cooperation of 7 professional musicians playing cello, violin, double bass, flute, drums, and oriental percussion.

Her song Safrit Rishé featured in the documentary Eleelé (The Unheard Feminine Voice of the Middle East) and among her notable past performances we note her participation in the Nehna Wel Amar Wel Jiran (Us, the Moon and the Neighbors) festival, Bab el Bahr festival in Egypt and the live television coverage of her concert of the Music Day festival.

Her evocative performances offer authentic re-imaginations of traditional musical treasures, as well as a stunning repertoire of her own original songs.

A visual artist as well, she paints her songs into visual stories that illustrate deeper emotions still.