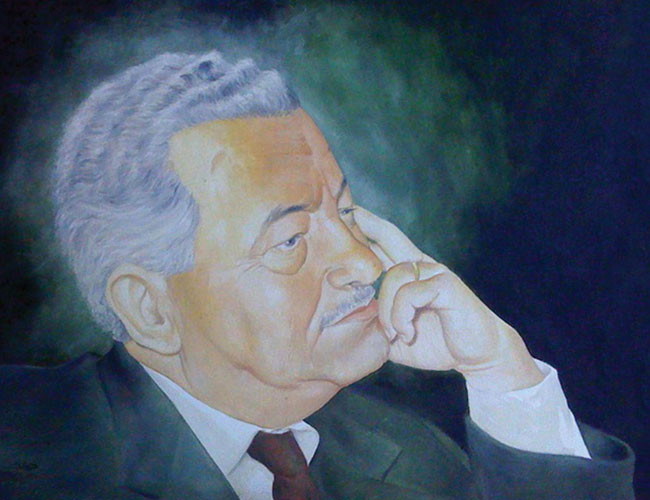 •Abdel Monem El-Sawy was born in Beheira province on February 20, 1918, working in the press and held many leadership positions and was selected for two consecutive sessions as leader of egyptian journalists. He got his bachelor degree of arts from the department of Arabic at Cairo university. He founded the first arab news agency (Egypt news agency) and founded the union of African journalists and presiding it until he passed away.

• Presiding the UNESCO publications center. He added to the arab library many novels and intellectual writings and foremost is one of the longest arabic novels, the five-sakia "the victim- departure- share/ portion- repentance", in addition to the "account" which god did not extend his life to complete. He was elected as a member of the people's assembly for the azbakiya and zahir district, then as deputy of the council for the same session. He held several leadership positions at the ministry of culture.

• Abdel Monem El-Sawy held the ministries of culture and information together in the government of Mr. Mamdouh salem and under president sadat (god bless them all), he was assigned as a member of the shura council in his first sessions. He chaired the long distance swimming federation and contributed significantly to supporting egyptian sports at all levels. He continued to struggle for arab cases especially Palestine, which he gave his last speech in defense of in Baghdad on December 7, 1984, when he passed away.