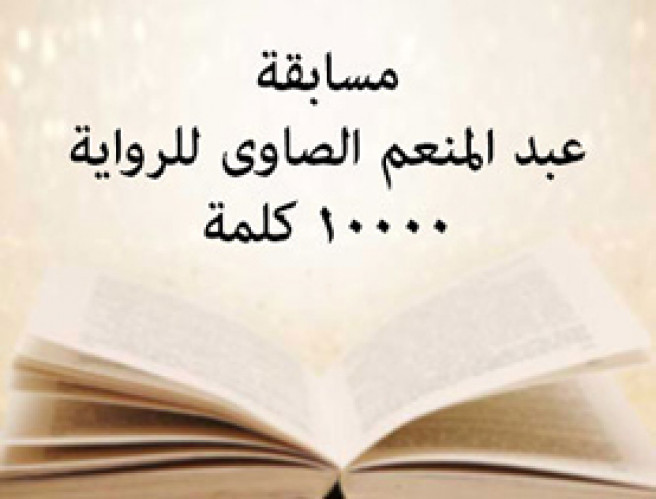 The competition aims to encourage young writers to enter the novel world from the introduction of the short novel, while the use of the name of novelist Abdel Moneim Sawy (may he rest in peace) is only an additional incentive for those who read his books and appreciate his outstanding literature.

November (days will be announced four weeks before the event)

• The number of words in the novel should not exceed 10,000 words, and not less than 5,000 words of font 14, without punctuation such as dots and commas.

• One writer may not subscribe to more than one novel.

• The novel should be in a classical Arabic language, with the use of colloquialism within narrow limits such as dialogue.

• The work submitted has not won in previous Sakia competitions.

• To encourage young talent, financial prizes are awarded to those under 40 when the competition is closed. There is an opportunity to compete in an independent open-age competition with symbolic prizes (books, annual membership or tickets for the Sakia concerts).

• Al-Sakia has the right to publish the winning works through or through third parties, taking into consideration the literary rights of the author, while the financial is considered a waiver in exchange for the award and ten copies of the first edition of the book.

• writers deliver three copies of their work or send it by e-mail accompanied by his autobiography, and a copy of the personal identification and registration form for the competition.

• Do not write participants' names or references to them on the cover or any of the pages of the novel, as they exclude actions that violate this condition immediately.

• If grammatical and spelling errors exceed 5% of the words, the novel is excluded.

• Al-Sakia is not responsible for the response of the participating businesses to their owners.

• The prize will be blocked if the percentage of grades doesn’t reach 80% for the first place, 75% for the second place and 70% for the third place according to the estimates of the jury.

• A special prize called "Student Award" aims at middle and high school students will awarded to the best independent project.

• The winning student, his teacher and the name of his school will be honored.

The subscription fee is 40 LE.