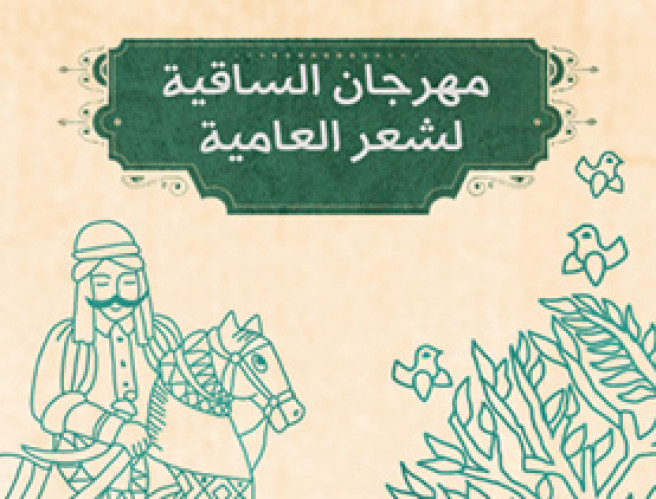 El Sakia is interested in the vernacular poetry as it focuses on the strong assets of the Egyptian culture, in which vernacular is one of the most important pillars and features of its identity.

Vernacular springed from the Arabic Fusha and it derives its value from Fusha’s splendor.

October (Exact days are announced four weeks before the event).

El Sakia has the right to publish the winning works, considering the literary rights of the author. The Author disclaims the financial rights in exchange for the prize and ten copies of the first issue of the book.

The writer provides three copies of his work.

Do not write participants' names or references on the cover or on any of the pages of the poem, which excludes works contrary to this condition immediately.

Submissions begin during July, and the results are announced in October.

If grammatical and spelling mistakes exceed 5% of the words, the poem is excluded.

El Sakia is not responsible for the returning the participating works to their owners.

The prize will be withheld if the percentage of grades does not reach 80% for the first place, 75% for the second place, and 70% for the third place according to the estimates of the committee.

A special prize called "Student Award" is given to students, targeting prep and high school students. It is awarded to the best independent project.

The winning student, his teacher and the name of his school are honored.

The subscription fee for each poem is 20 LE.