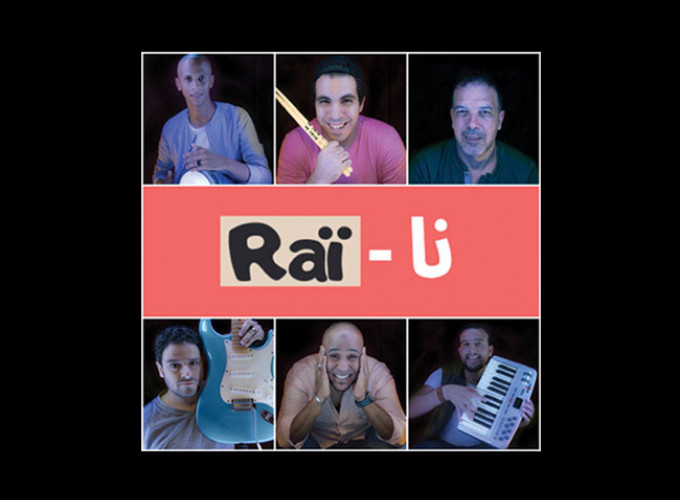 Band formed by super talented Egyptian musicians who loved the Rai music and its scene in the North African countries (Algeria, Morocco, Tunis, and Libya). The idea came up by Nour Ebid the Lead Guitarist and Sherif Salem the Bass Guitarist who is also born and raised in Libya which made him a big fan of Rai music. And quickly they added Abdallah Sherif their colleague drummer at Transistor Band, the idea also became more attracting to the newly added member Ayman Ramadan the Keyboards and piano player for Transistor Band, after a short period of time they added Mohamed Safwat (Saxophone) and Moaz Askar (Percussions and Tabla).

Rai نا- can't perform without a professional, capable vocal who can sing the Rai tunes with its unique accent and lyrics in French and Arabic. Mohamed Biumy is an original voice who comes from the heart of Egypt (Nuba), he is one of a few that can sing such tunes in a professional way. Mohamed Biumy had a great experience with many different bands in Egypt (Kitkat Band, and Sahra the famous Egyptian Rai Band).